Let’s start with our only winner, Malcolm. Nice rooks on the 8th rank. Gotta feel sorry for the black bishops.

Next, our board 1, Adam, with a remarkable 6 draws from 6 games this season.

Now the 2 defeats. Board 4 saw Kevin getting a bit overrun.  Board 2 went from an English to a Dutch, where black definately needs to polish his Warsaw Variation.

2nd day of the year, and a home match against St Albans 3rd team.  Adam got his 5th draw in the 5 matches we have played this season.  Good win (our only one) for Malcolm who won the exchange, then went a rook up, gave back some material and obtained a won pawn ending.Dan tried his best to win a rook and pawn ending. 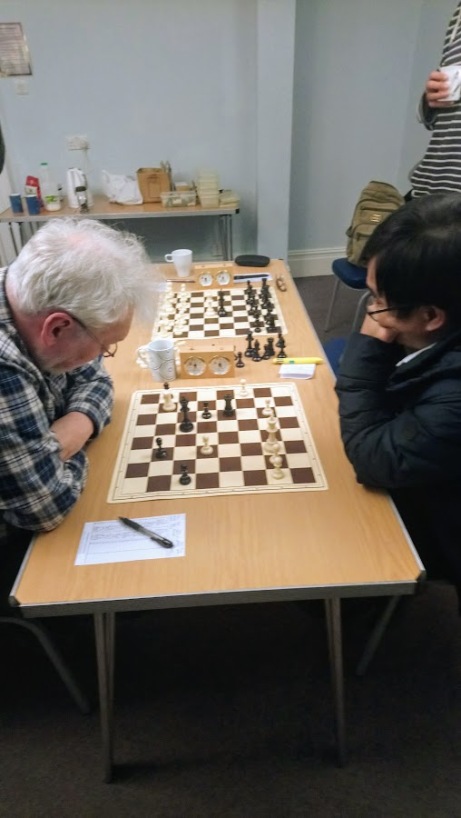 Anthony played against a Closed Sicilian and reached a drawn opposite colour Bishop ending. Terry’s game was adjourned on the night, but a draw was agreed a few days later. Position below (Terry black) shows why.