Our chess event, which was part of the Elstree and Borehamwood Town Council Civic week, was a success. Delighted that the Town Mayor,  Victor Eni, and his wife, Justine, were able to open proceedings for us. We had a 10 minute rapidplay mini-tournament, and it was particularly pleasing to see some new faces.

We are now closed for the summer, returning in September/October for the new season. 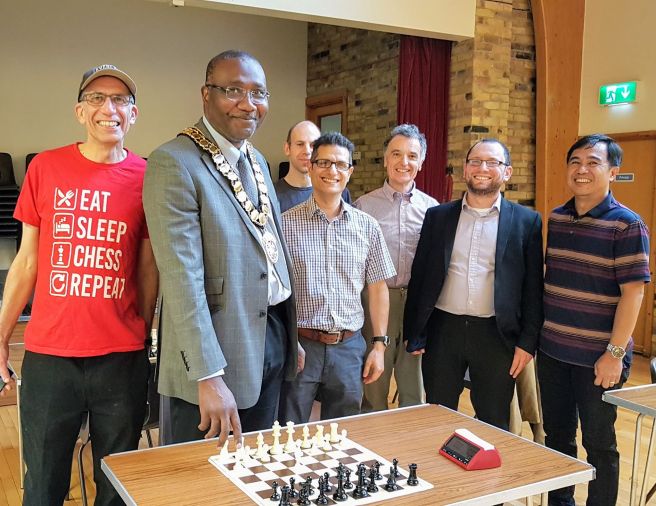